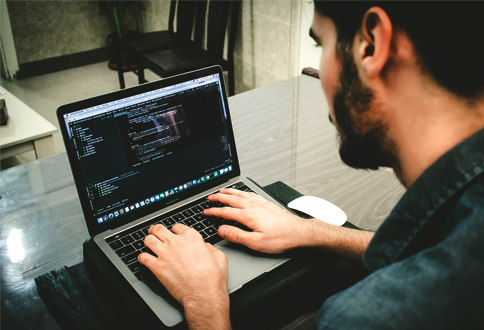 For those who are keen to know about the fine line that separates the two vital roles.

The information and Technology industry has massively evolved creating a large number of job opportunities. As the job market is continuously widening with new roles, it often confuses the laymen of certain different roles that are related and sound quite similar. The two roles of Software Engineer and Software Developer can be taken as a valid example that is often confused. The key characteristics of the two roles are very similar to each other at a glance. However, there is a file line that subdivides the two roles apart. Let’s further discuss how these two roles could be identified differently based on their characteristics discussed below.

THE ROLE OF A SOFTWARE ENGINEER

The software engineer role lies at the top of the hierarchy where it requires a certain level of technical leadership skills to lead developers and other team members. In general, this job function requires thorough knowledge and expertise on applicable engineering techniques and principles. Moreover, the role of a software engineer extends to diversified paths where it is mandatory to have exceptional skill sets apart from technical know-how. A software engineer should be able to carry out effective communication between various stakeholders including fellow teammates and end-users or clients. Technically, software engineers use the same set of coding languages that are being used by software developers; the ability to arrive at analytical solutions and scaling based on requirements are a few additional skills that software engineers possess.

EDUCATIONAL BACKGROUND OF A SOFTWARE ENGINEER

As for the educational background, a bachelor’s degree or a master’s degree in software engineering or computer science will be mandatory for software engineers. The course should ideally contain modules including fundamentals of computer systems, designing, and analysis of algorithms and data structures, thorough knowledge about operating systems, software structures, and object-oriented software design and development. Additionally, software engineers should possess proficient technical expertise, successful personal accomplishments that can be demonstrated, and ample experience in the usage of open-source software development tools. Furthermore, it would be advantageous to have experience in automated testing, the development of fault-tolerant systems, and pattern designing.

THE ROLE OF A SOFTWARE DEVELOPER

Software developers prominently use their professional expertise in developing, modifying, and debugging software products. Generally, software developers are assigned to perform a specific function of a software project. As a result of this, software developers tend to choose specific development frameworks that suit them to progress developing their expertise. If we take a look at the role of a general software developer, a few of the key responsibilities would be to correct existing errors by doing system modifications, analyzing the software requirements to cater to user needs, maintaining effective interactions with programmers, technologists, and the end client and providing useful suggestions to improve the operation.

EDUCATION BACKGROUND OF A SOFTWARE DEVELOPER

The educational background of a software developer starts quite similar to a software engineer’s academic background; where it starts from computer science or a software engineering degree. However, the choices in course modules will be a bit different at this instance; where a few examples for course details would be analysis and design of information systems, C++ programming knowledge, software design usability, project management modules, and applied software practice.

NOTABLE DIFFERENCES BETWEEN THE TWO ROLES

Some of the notable differences between the two roles software engineer and software developer are as below.

The duty of software engineers would be to incorporate client needs and project requirements by connecting them to effective tech solutions with the use of systematic processes and conceptual principles. On the other hand, software developers engage with the clients in making functional designs being the creative force in the software development lifecycle.

BEST PRACTICES IN BOTH ROLES

The key best practice that comes above all is to do your own code review to check if every aspect of the system is functioning as designed. Similarly, both engineers and developers should focus on maintaining their code quality at all times. Adapting to software development standards will be another effective practice that might be promising in the long run. Moreover, setting realistic goals that would be feasible to achieve by following the ideal software development processes will be beneficial for both the development team and the client.

The difference between a software engineer and a software developer can be easily confusing for the non-technical community. However, it will not make a huge impact as there are quite a lot of similarities between the two roles; where the key responsibility would be to write software codes for systems that help clients and companies. Both roles should be knowledgeable and skilled to achieve the common objective of meeting client requirements for successful software project releases.